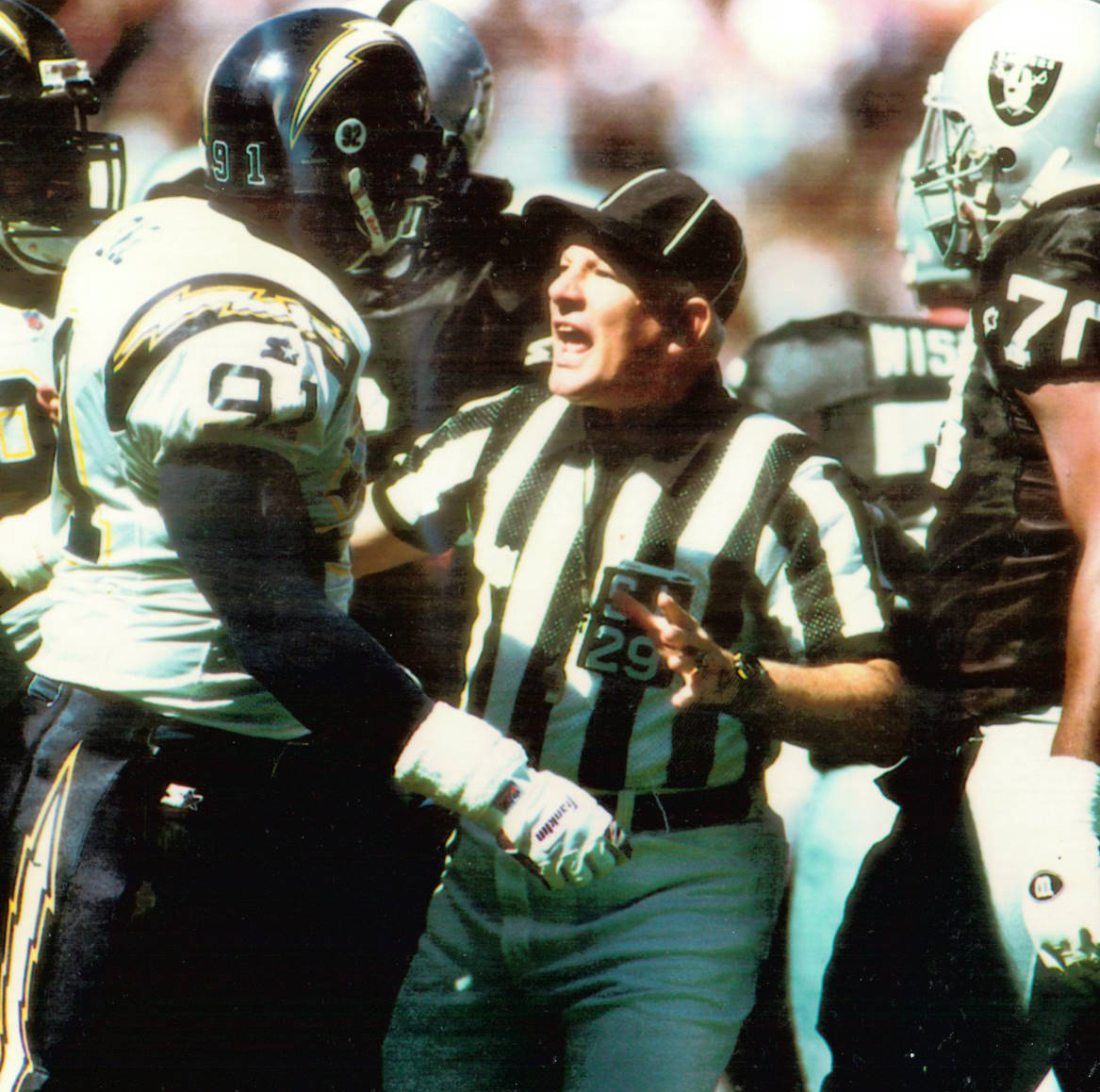 Howard Slavin is an active trial lawyer in Los Angeles. He is a partner in the

Previously a high school defense back and running back,

Howard tried to play as a freshman at USC. He quickly learned that he was neither big

enough nor good enough to play football at that level, His love of the game led to

Howard started officiating football In the mid-70’s, beginning at the Pop Warner level,

small college to the PAC-IO Conference. In 1987, he was hired by the NFL. He spent

the next 29 years as a Side Judge and Replay Official for the NFL until retiring in 2016.

at the Super Bowl XXXVI (36), the exciting contest between the Rams and the Patriots

New Orleans. That game ended with the Patriots winning with a last second field goal.

Retired from on-field officiating due to degenerative knee problems, Howard was

asked to continue his officiating activities as a Replay Official in the NFL. His decisions

thereafter took place in the Replay Booth, wearing a coat and tie instead of striped

shirt. Aside from his law practice and officiating, Howard is a private instrument-rated

pilot, having flown his beloved Cessna since 1977.