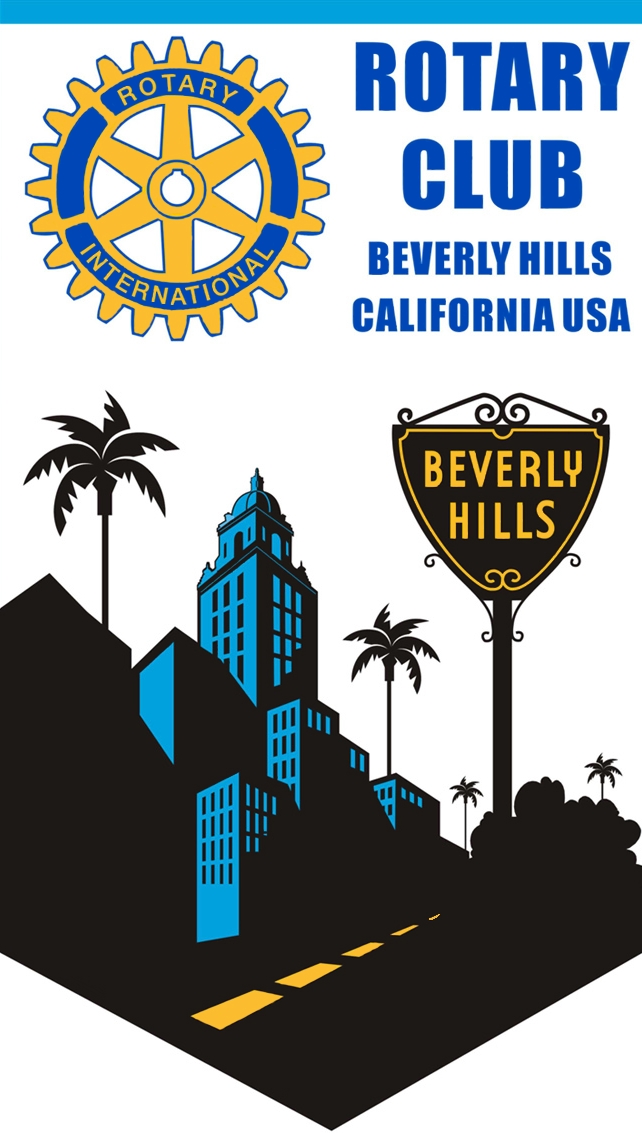 The Rotary Club Of Beverly Hills

In 1905, the first Rotary Club was organized by Paul P. Harris of Chicago when he invited three friends to a meeting and planted the seed of the world’s oldest, largest and most prestigious service organization and adopted its code of ethics based upon the principles, ”Service Above Self”.

Since the earliest days of the first club, Rotarians have been concerned with promoting high ethical standards in their professional lives. A simple donation of a horse for a local doctor was Rotary‘s first act of community service. Shortly after, Rotary began its commitment to humanitarian services.

The name “Rotary” was derived from the early practice of rotating meetings among members’ offices.

The ideals of rotary began to grow when in 1908 a second club was chartered in San Francisco. Rotary‘s popularity continued to spread throughout the USA and by 1921 Rotary club had been formed on six continents, and had adopted the name Rotary International.

Rotary can trace its’ roots back to the Tuppeny Club of London in 1710, many of whose rules are the same as modern Rotary today.

A survey had been made on the possibility of a club in Beverly Hills in 1923, but it was decided it would be best to wait a little longer for Beverly Hills to grow a little more before going ahead with the organization.

In the early 1920s, Gean Tilden could call together a small group of three or four men or on a particularly good day, seven or eight to meet at the Beverly Inn on Wilshire Boulevard calling themselves a Round Table Lunching Club which was the beginning of a Rotary Club’s formation in Beverly Hills. When they felt down after being turned down the first-time Gean would encourage them with a little ditty that went like this:

“Little Round Table, don’t you cry, you’ll be a Rotary, bye and bye.”

District Governor Mason took office on July 1st 1924 he appointed a new representative William Forker of Los Angeles to make another survey. As Beverly Hills had grown to an acceptable population in a 5,000, this survey was made in August and E.F. Consigny of The City was appointed Chairman of the organizing committee.

The final formation was completed in October 1924 and the representative reported that the District Governor was to be complimented on having such a fine bunch of Rotarians during his administration.

On January 21, 1925, the official induction of the twenty-four members into Rotary was held at the Los Angeles Country Club in the presence of the International Rotary president, present and past District Governors, and a company of Rotarians from Los Angeles that sponsored the Beverly Hills Club. Santa Monica and other nearby towns came to honor the occasion and wish the “baby” Rotary Club good luck.

The speakers of the evening dealt with the true significance of the motto of all true Rotarians: “He profits most who serves best.” The dinner was attended by many outside guests. Heads of local Civic societies, members of the Board of Trustees, and the City officials and local school board. Rotarian guests numbered 232 who had responded to an invitation to be present.

In turn, the Beverly Hills Rotary Club sponsored the city of Sherman (now known as West Hollywood) in November 1927, to have its own club and in March 1928 the formation of the West Hollywood club with 21 members came into existence as 2834th Rotary Club. Beverly Hills Harmonica Club for boys performed along with Hollywood Rotary Club Quartet, celebrating their accomplishments and closed with Sallie T. Mason’s violin renditions before the dancing began. The West Hollywood Club held its meetings on Thursdays at noon at the Garden of Allah.

It wasn’t all business though as the club had a good time with outings on Catalina Island, picnics and the like. They also had bowling leagues, a baseball team, and Golf & Lawn Bowling teams that held their own going up against teams fielded by the Beverly Hills Fire Department, Sun Lumber Company, Hillcrest Motors, and the Beverly Hills Post Office.

In August 1929, Beverly Hills City Attorney Richard C Waltz spoke before the Rotarians at one of their weekly meetings. “While the service clubs of The City are in no sense political, they do a fine service for The City by supporting the Council and assisting in carrying out programs originated in the interests of City development and progress.”

Rotarians celebrate their long-standing commitment to Vocational Service Month. The Rotary Club of Beverly Hills chapter supported vocational service activities ranging from job training, employment issues, sharing skills and experience, in order to improve the workplace. Rotarians focused their attention on vocational service by incorporating the Four-way test. 1. Is it the Truth? 2. Is it Fair to all concerned? 3. Will it build Goodwill and Better Friendships? And 4. Will it be Beneficial to all concerned? The Rotary Club of Beverly Hills also sponsors a Career Day and literacy program at Beverly Hills High School.

The Rotary Relief Fund was established to help War victims and was a resolution calling for the “respect for human rights’. In 1940 this set the stage for Rotary’s increasingly active and prominent role in promoting world peace and health along with the rotary commitment of ridding the world of polio. Rotary International has been responsible for almost eradicating polio from the globe and helping millions of children become immunized across the world.

Beverly Hills Rotary Club is also committed to improving the aesthetics along with the education of the City, donating over hundreds of thousands of dollars over the years to local and City service organizations and Charities. There are over 150 members in the Rotary Club of Beverly Hills. There are 1.3 million Rotarians in more than 31,000 rotary clubs, located in 166, countries around the world serving the communities they live and work in, throughout the world. Above all, Rotarians believe in service above self.