Wins and Losses in the Business of Sports 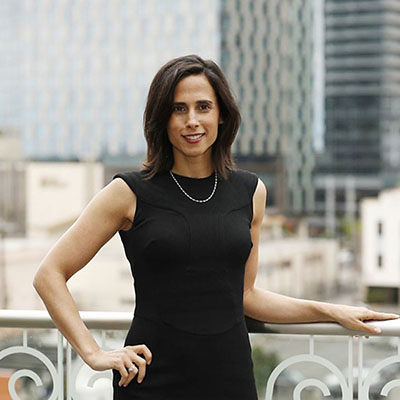 Heather Karatz always took it for granted that being a woman wouldn’t be a disadvantage as a lawyer or as her career progressed — as a representative of professional athletes, the executive vice president and general counsel of the start-up LAFC and Banc of California Stadium, and for the past year as the president of the XFL’s expansion Los Angeles Wildcats.

Her mother and father are physicians and taught her that a girl could do anything a boy could do. Karatz lived it every day of her professional life.

It wasn’t until the Wildcats played their first home game last Sunday at Dignity Health Sports Park that Karatz realized she’s setting an aspirational example as one of the few women holding a high-ranking executive position with a professional sports team.

During the months leading up to the team’s inaugural game and home opener, Karatz had worked long hours that kept her away from her 4-year-old twins, daughter Joelle and son Abe. Creating a family-friendly atmosphere at Wildcats games had been one of Karatz’s prime missions, and she brought her kids to experience that in Carson last Sunday.

She didn’t expect Joelle to show her that she had widened the horizons and expectations for women.

“They’re old enough now that they can appreciate what I’m doing,” Karatz said. “Seeing my daughter play on our playground outside and play pretend as the president of an organization just reminds me what having female role models does for young kids.”

The XFL has no cheerleaders on the sidelines at its games; Karatz said that’s because “we wanted to focus on the football.” But the league has two female team presidents, Karatz and Janet Duch of the New York Guardians.

“Janet Duch and myself, we work really closely together, but we’re also very strong voices across the league where we both contribute immensely to what’s happening at our team level and the league level,” Karatz said.

The Vince McMahon-owned XFL, a reimagined, eight-team version of the league that operated in 2001, also has three African American head coaches. That’s as many as the NFL has among its 32 franchises.

Winston Moss, a former linebackers coach for the New Orleans Saints and Green Bay Packers, is the Wildcats’ coach and general manager. Jonathan Hayes of the St. Louis Battlehawks and Pep Hamilton of the DC Defenders are the XFL’s other black head coaches.

Diversity was a basic principle in building the Wildcats and the XFL. It can be an asset for a team trying to make a positive impression in a jam-packed sports market in a multicultural area.

“From Day 1, this league thought about how do we do things differently? How do we bring fresh perspectives in what we’re doing?” Karatz said. “And it wasn’t necessarily about gender or skin color or ethnicity or background when it came to hiring, but it really was a focus on making sure that each person we’re hiring is bringing a unique perspective and a special set of experiences that’s going to help add to the quilt of talent that is now within the XFL.”

Coming from LAFC, “where we built a team from the ground up,” helped Karatz prepare for the challenges of getting the Wildcats running.

“I know what it means to be in an environment where you have a really blank slate and you want to build a really solid foundation and continue to be nimble and change as you need to and have the patience that is required,” she said.

Creative thinking is another necessity. Last June, before the Wildcats had a name, colors or players, she took to social media and invited football fans to meet her at the Buffalo Wild Wings in Carson to tell her what they’d like to see the new team offer. The group ended up being 10 to 15 fans, an employee and Karatz and her husband.

“What was so refreshing was that you had these fans that were so, so excited about more football coming, and they had certain ideas that we were able to implement,” she said, citing a $20 tailgate parking price as a suggestion the team adopted.

“But in addition to that, the main thing that came away from that first meet-and-greet was fans saying, ‘I’ve never before been able to sit down and have a beer and have a conversation with the president of a sports team,’ and I took that to heart because if we can continue to be accessible, provide our fans a voice and be authentic with them, we’re going to build generational-long fans.

“It takes time to build that culture and build that appropriate word of mouth but that’s the way we’re going to stand out in this market.”

Fifteen thousand being at a home opener for a team that’s only been around for a few months in this market is phenomenal.

The team has held other meet-ups since. “Now, we pack the bars,” she said.

The Wildcats’ 25-18 loss to the Dallas Renegades last Sunday drew a lively crowd that was announced at 14,979, but Karatz declined to say how many were paid admissions. Asked about ticket sales for Sunday’s home game against DC, she said the team was building on the success of last week.

“Fifteen thousand being at a home opener for a team that’s only been around for a few months in this market is phenomenal,” she said. “And what was so great about those fans is that they were excited to be part of a team that was born and raised in Los Angeles and they can put their mark on, and what this experience means to them from Day 1.”

Although the Wildcats are 0-2 in the 10-game XFL season, Karatz considered their home debut a win as far as providing an affordable and entertaining fan experience.

“I think we just have to remember that this is Year 1 and our team has been together for only a few weeks, as well as our coaching staff,” she said. “And it takes time to learn how to continue to build a team culture and get better on the field.”

There are still people to educate and potential fans to win over. Karatz is prepared to do that. A team president’s work, after all, is never done.