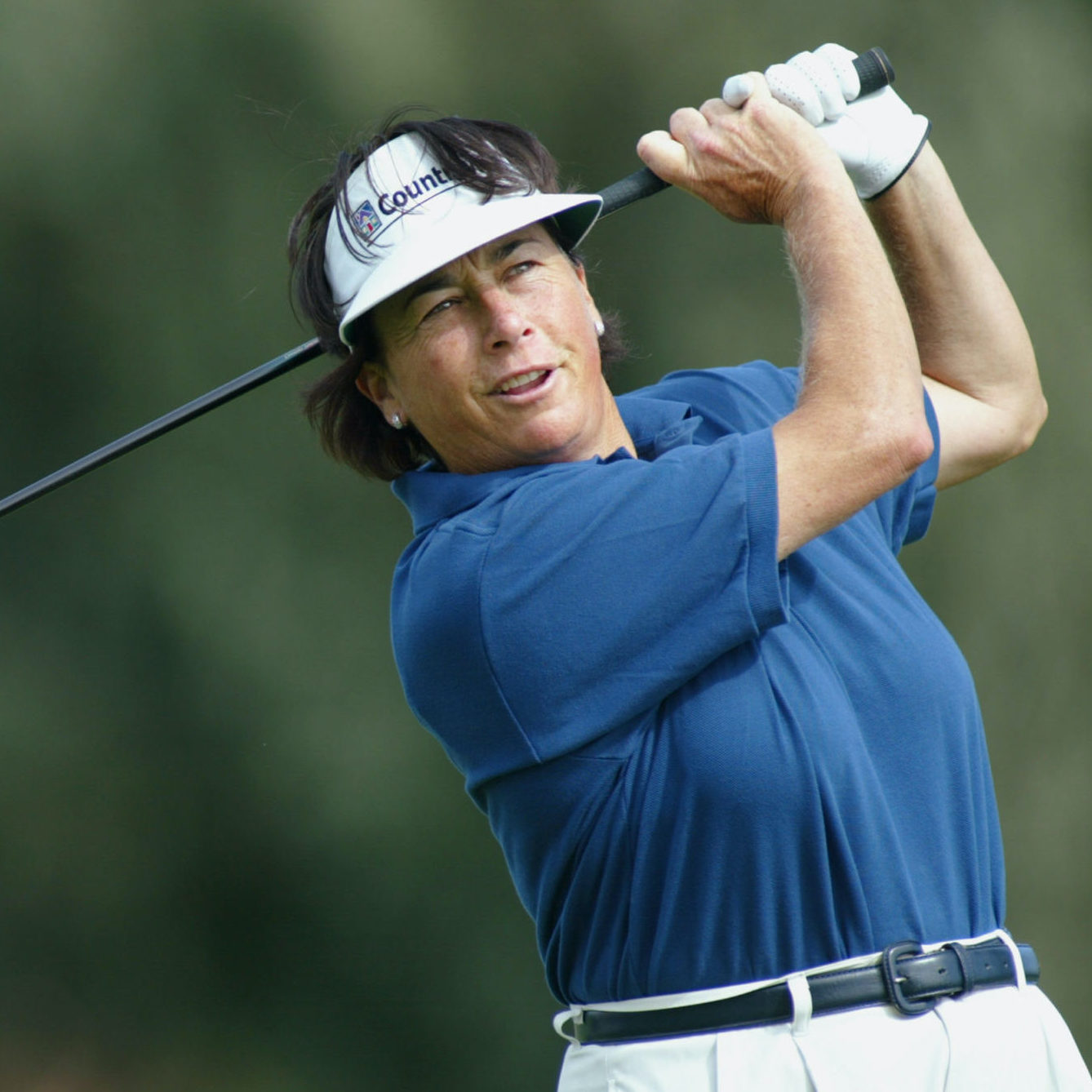 Amy Alcott is a highly celebrated and well respected champion of the game, on and off the course. She is a member of the LPGA and World Golf Halls of Fame. During her 27-year career she was most recognized as the LPGA’s finest and most creative shot-maker and her go-for-the-pin style of play was the bedrock for her 32 professional tournaments captured worldwide including five major championships.

Alcott started playing the golf at age seven on her Santa Monica, California front yard putting into soup cans and sprinkler heads. She was taught the game indoors hitting balls into a driving net by her mentor and teaching pro, Walter Keller – her words upon meeting Mr. Keller for the the first time, “I want to prepare to be the best golfer in the world”. A truly inspirational story.

Amy has traveled worldwide to compete in tournament golf, perform in corporate golf events and clinics. Her success and colorful personality set the course early on for her role as spokesperson for a distinctive list of blue chip companies and charity organizations such as Elizabeth Arden; Sunkist; Ralph Lauren; Quaker Oats; Countrywide; Andersen Consulting and Office Depot. Armed with astute observations and innumerable stories about the game and its personalities made her transition to TV commentator, speaker and writer a natural process. A partial list of companies that have retained her for speaking engagements are Wells Fargo Private Wealth, Brown-Forman, The National Snack Food Association and Northern Trust. Her most recent book is “The Leaderboard: Conversations on Golf and Life”, with a foreword by Jim Nantz. In September 2013, Amy joined The City of Hope as its goodwill ambassadress and CRESA PARTNERS (a prestigious commercial realty company) as its corporate spokesperson.

Amy leads her own Santa Monica, California based event consulting and course design company, Amy Alcott/GOLF. She has partnered with world renown architect Gil Hanse on the legacy plans and design of the golf course for the 2016 Olympic Games in Rio de Janeiro, Brazil. She also consulted with Hanse on the new master plan for the RidgeWood Country Club in Moultonboro, New Jersey. Two other co-design projects also carry her name — one in Palm Springs, CA — Indian Canyons Resort and the second in Ocean Isle, NC, Brick Landing Plantation.

Amy Alcott’s story is one of perseverance with a vision of excellence and artistry that she designed by way of ultimate preparation.