The election, the electoral college, the Supreme Court and what to expect from the Judiciary 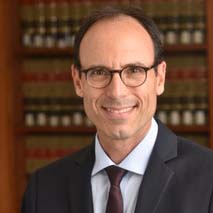 A Beverly Hills native, Adam Winkler is Professor at UCLA School of Law and a specialist in constitutional law, the Supreme Court, and gun policy. His book We the Corporations: How American Businesses Won Their Civil Rights was a finalist for the National Book Award, the National Book Critics Circle Award, the ABA Legal Gavel Award, and received the Scribes Book Award. He is also the author of Gunfight: The Battle over the Right to Bear Arms in America, which did not win any awards but was once the subject of a question on Jeopardy!. He is one of the twenty most cited active legal scholars in judicial opinions, and his writing has appeared in the New York Times, Wall Street Journal, New York Review of Books, Washington Post, Atlantic, Slate, and the New Republic. Prior to joining the UCLA faculty, he clerked on the United States Court of Appeals for the Ninth Circuit and practiced law at Katten Muchin in Los Angeles.

Jessica Levinson is an American law professor and political commentator. Levinson teaches at Loyola Law School in Los Angeles, where she lectures in the areas of election law and privacy torts.